I have two new essays that went live today. Below are excerpts and links to each one. 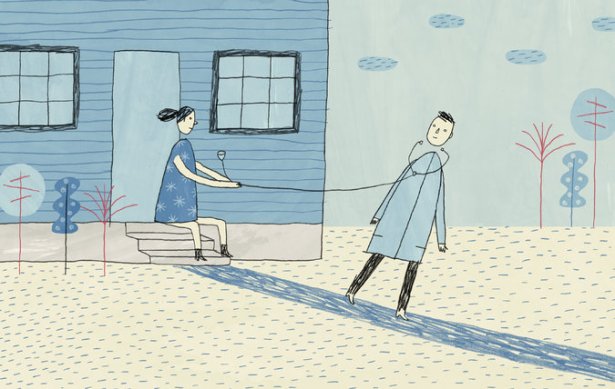 “Is there a Doctor in the Marriage?” is in this week’s Modern Love column in the NYTimes!!!

I gazed out the window. For years, marriage had seemed as distant and inscrutable to me as the green-and-brown patchwork below. It was, I had thought, the kind of tame choice that signals a loss of momentum and spontaneity.

I had felt giddy about love but ambivalent about becoming a wife. The word itself seemed like an erasure, privileging domesticity over desire, association over achievement. In marriage, I had seen women lose their names, their ambition.

By the time I met my husband, my critique of marriage had already begun to soften. I was almost 30, and the adventures of single life were losing their appeal. Here was a man who made gumbo from scratch, met me for runs after work, helped me train for my first half-marathon, watched my dog when I was away and surprised me with yogurt pie (a family recipe I mentioned in passing) when I was feeling down.

The second essay, titled “Gone from My Heart: Violence and Anger in the Poetry Workshop,”  is up at VIDA: Women in the Literary Arts, one of my very favorite literary organizations.

Through poetry, my students have raged against exes, bad drivers, literary criticism, and oboe players. Once, a student wrote a sonnet about her dislike for Tom Cruise: “Each perfectly placed hair, / I want to glue in the opposite direction.”

A subset uses this assignment to document violence. They write about violence they’ve seen and violence they’ve felt, sexual and domestic violence—the kinds of gendered violence that are typically silenced. Often, these students—nearly always women—tell me they’re writing from their lives.

I don’t believe in avoiding difficult topics, not in the classroom. Still, I can be a worst-case-scenario-thinker, and, when students share work that makes them particularly vulnerable, I fret. So much can erupt in a classroom. Someone might challenge the validity of an experience. The writer could get defensive. Fellow classmates could get offensive. The conversation might trigger a panic attack. A class isn’t a single organism—it’s fifteen or twenty or, even, thirty distinct human beings. Classroom control is crucial. It’s also an illusion.