I’m thrilled to have poem in the new issue of one of my favorite journals, Ecotone. This volume is themed around SOUND! The poem, titled “The Ecology of Falling Whales” is the longest I’ve ever written–a whopping 5 pages–and it’s all about visiting my sister, Maya, at  Friday Harbor Labs in Washington State, where I observed her and other biologists study aquatic life. You can buy the journal and read an excerpt here. 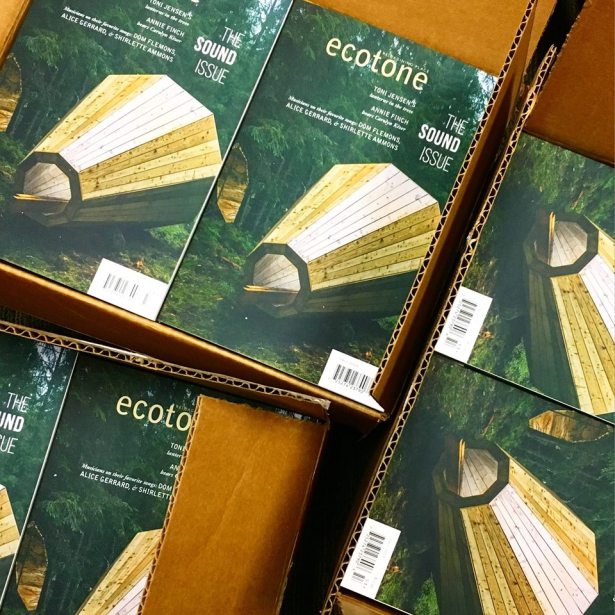 I also wrote about sunlight for The Atlantic in honor of daylight savings. Read the whole thing here.

The frustration of lost sleep gives way to the luminous pleasure of a lengthening day. Sunlight extends past dinnertime. Dog walkers, soccer players, and children in playgrounds bask in a later twilight. Though humans organize our schedules around the clock, Daylight Savings reminds us that our lives, like our planet, revolve around the sun.

The lovely Anna Currey interviewed me about sisters, the environment, and writing across genre.

I don’t want to teach anything I don’t believe in. It’s important to talk about making writing entertaining, which is obvious, but doesn’t gets much air time in academic settings. Any piece of writing is competing for a reader’s attention span. It has to be more interesting than someone’s cell phone or television. Entertainment is something I talk about with my students, and something I think about in my own writing. We have to work hard for our readers. 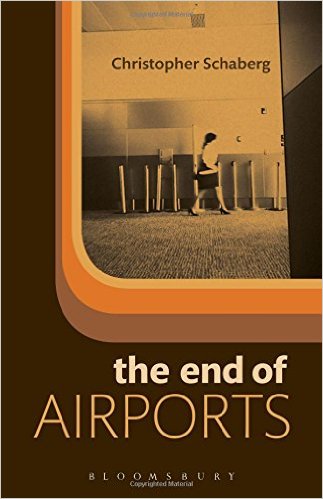 Here’s an excerpt from an interview I did with Chris Schaberg about his newest book The End of Airports. Read the whole thing at Terrain.Org.

It’s a common response that “everything changed” after 9/11. But having worked at the airport during—and through—that time, my overwhelming feeling was that things hadn’t changed at all. It’s just that people suddenly had a scapegoat for all the things they wanted to do, say, and enact around air travel. Racism especially: this became so ridiculously easy after 9/11. But it was already there, in the airport, of course. If the airport is postmodern, it is for the ways it struggles with and against Ezra Pound’s modernist mandate, “Make it new!” On the one hand, airports want you (the traveler) to feel the verve of the new. On the other hand, airports want you to feel—and to perpetuate—all the old comforts of the same, on and on and on.

MB Caschetta had so much insight when I interviewed her about her novel Miracle Girls. The novel takes place in the 1970s, and Cee-Cee Bianco is 10 years old, living in upstate New York. Her father is a jobless drunk and her mother has a bad habit of taking off, unannounced, for days at a time. Two of her three older brothers are kind, but the oldest one carries an anger inside him that he can’t tamp down; he looks at her funny. On top of all that, Cee-Cee sees angels. They hover and glow and give her messages and make her faint. Sometimes, when they’re around, her vision expands. She can visualize the suffering of other girls—girls in basements, girls who’ve been hit, kidnapped girls, girls who don’t know how to go on.

Here’s a bit of what MB Cashetta had to say. Read the full interview at Mediander.

For myself, vanishing girls are particularly resonant—not because I was kidnapped as a child (I wasn’t), but because traumatic events at home, while still tucked in my bed, made me find ways of learning how to make myself disappear without going anywhere. An intact imagination during a difficult situation can lead to some magical, spiritual options.

The novel takes place in the early 1970s, a time that started a wave of crimes against children that weren’t only based on money. Earlier kidnapping cases tended to involve rich families with children held for ransom. Missing persons cases have increased something like sixfold over the past decades, due to a growth in population and other factors.

In such a context, young girls are naturally the most vulnerable in terms of powerlessness. And I would venture to guess that the writers you mention are attempting to get our culture a little more obsessed with the kind of violence that is involved in girls being kidnapped. Obama’s speech for the Grammys was a step in the right direction, but on the whole I think more concern is warranted.

I interviewed William Boyle about his stunning debut novel Gravesend.

“I used to sit out on my grandparents’ porch with a cassette recorder and tape them talking. And they were always talking about the people passing by, the people parking their cars. So I had a pretty early obsession with the rhythms of what they were saying but also with the wonderful gossipy content. My grandfather would say things like, “Look at this bastard. He lives around the block and he’s gotta park in front of my joint.”

Check it out at the Los Angeles Review of Books!